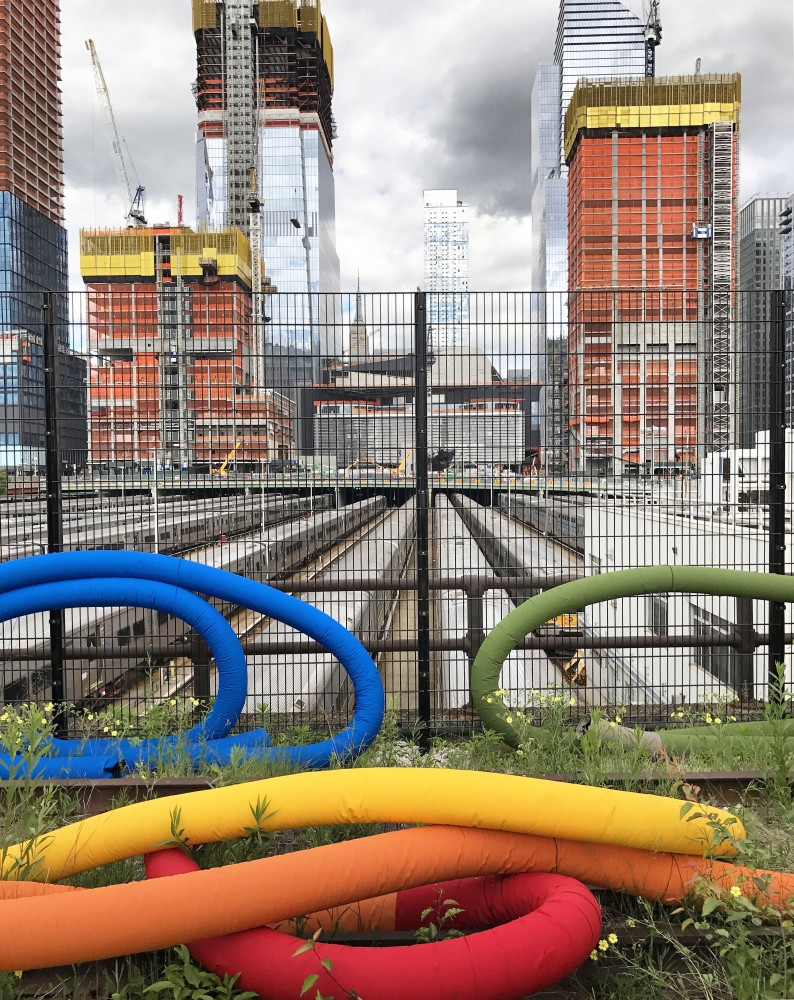 View of "Hop, Skip, Jump, and Fly: Escape from Gravity" at the highline

“This is exciting because it wasn’t like this when I did it,” Hicks told me as we walked along her piece, which she’s titled Hop, Skip, Jump, and Fly: Escape From Gravity. She hadn’t seen it since she installed it back in June, having been back to Paris, where she has lived since 1965. New plants had sprouted around and through the installation and its fabric—produced by a company called Sunbrella for outdoor furniture and marine use—had begun to change color.

“Look at the rails, look at the tie rods,” Hicks said, noting the rust that has developed on the High Line’s old tracks. “We’re in that spirit.” The piece will remain on view into next March, as the snow falls and then melts and new plants begin to join the festivities.

The play of shadows and light along the park over the course of the day—even moment to moment—causes the fabric’s hue to shift in places, washing out an already faded green or punching up a brilliant pink, so that it’s “like a kinetic painting,” she said.

Sheila Hicks' public installation "Hop, Skip, Jump, and Fly: Escape From Gravity"​ will be on view at the highline until March 2018

Sheila Hicks/Historic Works
Back To Top