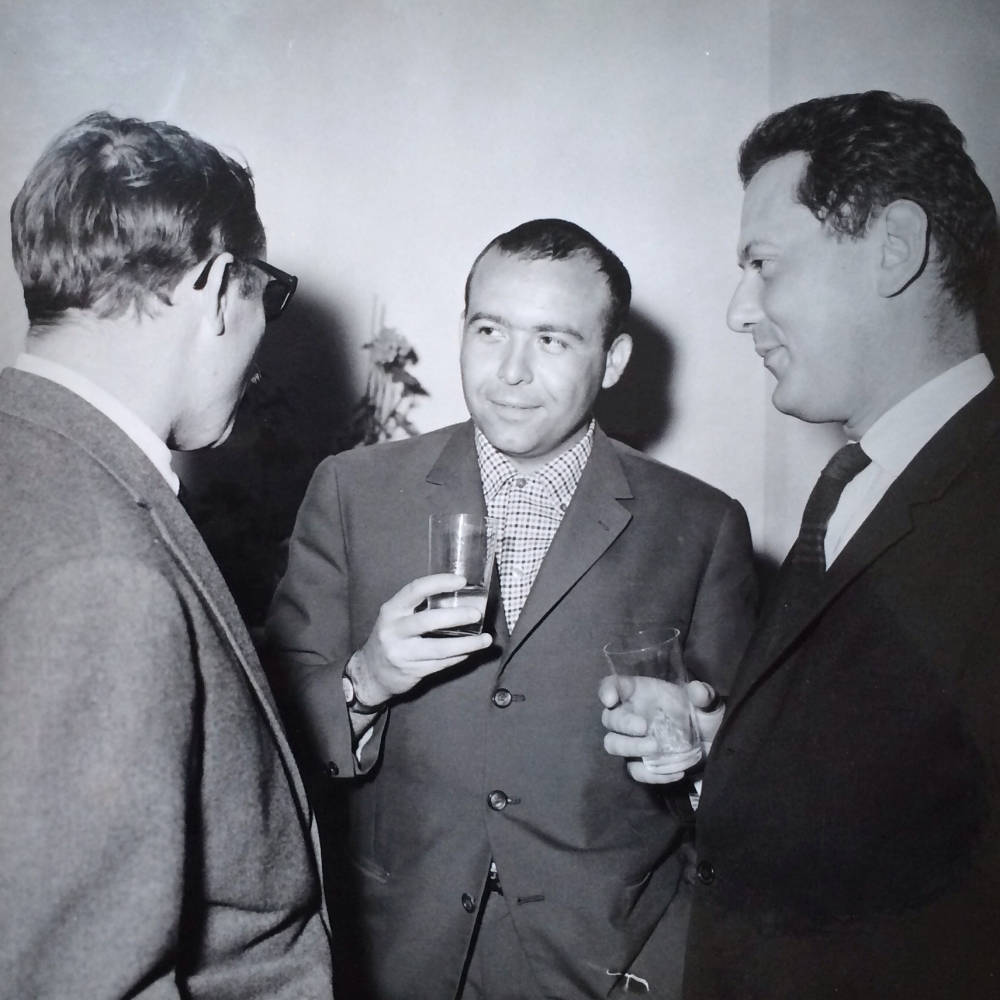 Étienne Fermigier was killed in a car accident on Sunday, September 2, 1973. He was 41 years old. A brilliant designer, he held an important place in the world of French design. After studying at the École Boulle and later the École Nationale Supérieure des Arts Décoratifs, he opened his own studio in 1957, devoting as much attention to challenges in interior design as he did to questions of industrial design. Fermigier also launched the Meubles et Fonction gallery in partnership with Pierre Perrigault in 1959, running its interior design studio, producing some of his own designs and distributing other of his models edited by the biggest brands of the time. Fermigier was curious about every aspect of industrial aesthetics, as evidenced by the fact that, in addition to furniture and lightings, he also designed hardware items, desk accessories, one television, several radios, a one-seater car as well as steamrollers. A founding member of the CNAAC (Centre national d’art appliqué contemporain), he was 35 when he received the 1967 Prix Gabriel, awarded in recognition of his body of design work for mass production.