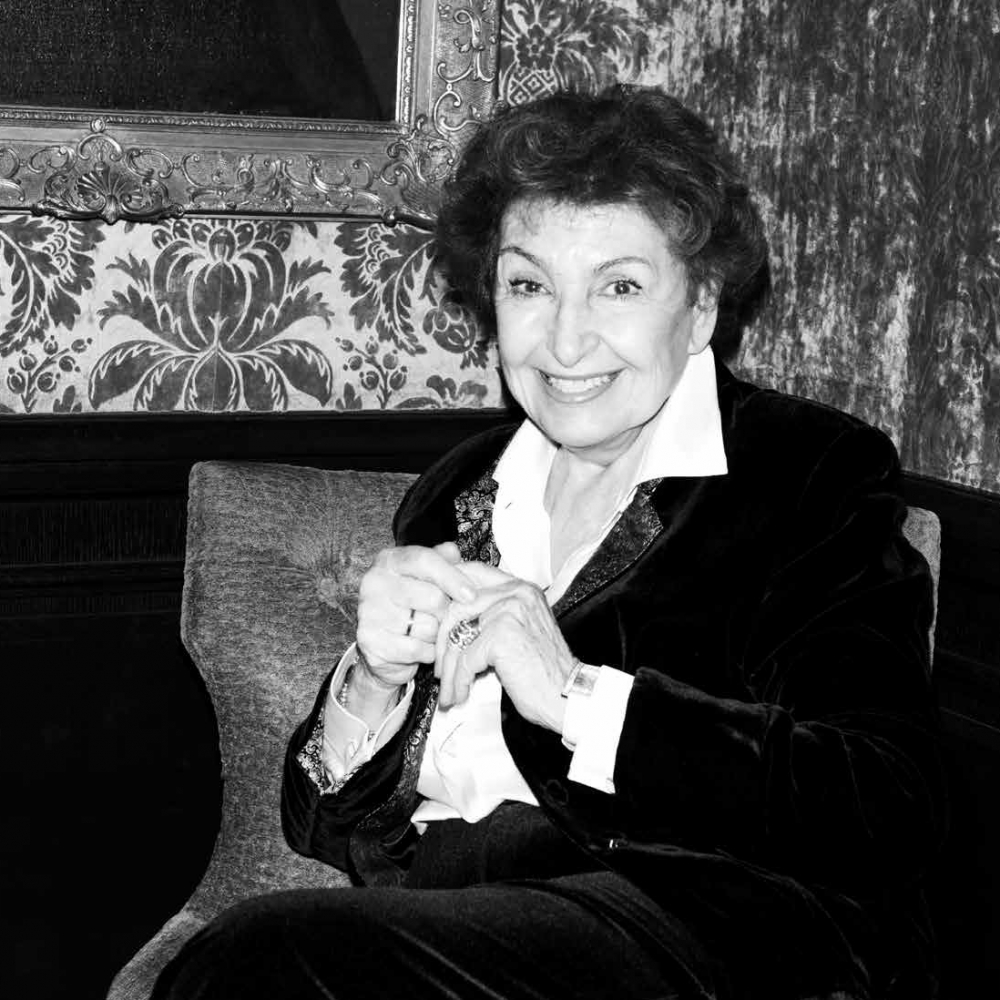 When Maria Pergay began her career in 1956, post-war modernism in France was energetically accelerating. Young architects were developing an approach to interiors and furniture meant to accommodate the pressing requirements of urbanization. Their ideas, focused largely on function, dominated the field with a utopian spirit that was permeating society as a whole. In the midst of this moment, when classical decoration was being relegated to the past, Pergay’s early designs came to life. Born with a sensitivity to luxury, her furniture and objects fulfilled curiosities far from the norms of the time.

Maria Pergay’s career began while creating ornate metal elements for window displays in Paris’s fashionable boutiques. With her creativity piqued, she began experimenting with silver, soon producing a complete collection of distinct, contemporary pieces in the late 1950s. The vast uniqueness of the silver objects set the tone for a lifelong tendency to challenge current trends and work outside the boundaries of her contemporaries. In addition, Pergay’s silver work functioned as a catalyst for her innovative works made of stainless steel. Pergay’s usage of this material not only became her trademark but also changed the face of French decoration in the 1970s. All the while, furniture design remained a harshly male-dominated field which relegated design work by women to trite ‘decoration.'

As a mother of four without formal training particular to furniture, nor outside support, Pergay pursued her creative instincts working relatively alone. Drawing from a multitude of sources, she was provoked by antiquity, Japanese art and the innate nature of her materials — conjuring a voice so individual that many of her pieces would not receive recognition until years after they were created. Much like Eileen Gray, whose genius was also widely neglected be- cause of her gender, Pergay created for her own pleasure — exhibiting and selling to clients, while quietly receiving important private commissions. In this way, she maintained a diverse and lengthy career, working enthusiastically even today.

Much in the way that Pergay’s innovative work landed her outside of the French modernist movement of the 1950s and 1960s, neither does she conform to the mainstream of today’s contemporary design. When questioned, she refuses to be designated solely as an artist, designer or decorator, but describes herself as a servant to her own creative impulses, particularly as a “captor of ideas.” Moreover, she defies the demand to produce using one theme over a singular period of time, rather creating as her ideas come, without schedule or structure.

Despite the absence of a calculated artistic agenda, retrospect makes clear the consistent core vision maintained by Pergay throughout her career. She works in broad strokes, concentrating on the physicality of ideas rather than the details. Having pioneered the use of stainless steel in furniture, she has ceaselessly challenged the inherent limitations of her primary material. She introduces and revisits materials and motifs — not with a sense of repetition — but rather as manifestations of her creative vocabulary.

Maria Pergay has never belonged to a distinct design movement or group of designers, an individual content indulging in the framework of her own imagination rather than the influences of her contemporaries. She is among a handful of designers of her generation who are still avidly working today — a remarkable accomplishment. Pergay’s enthusiasm is undeniable and her creative flow is unstoppable.